A week ago, the 2014 edition of the scikit-learn sprint was held in Paris. This was the third time that we held an internation sprint and it was hugely productive, and great fun, as always. 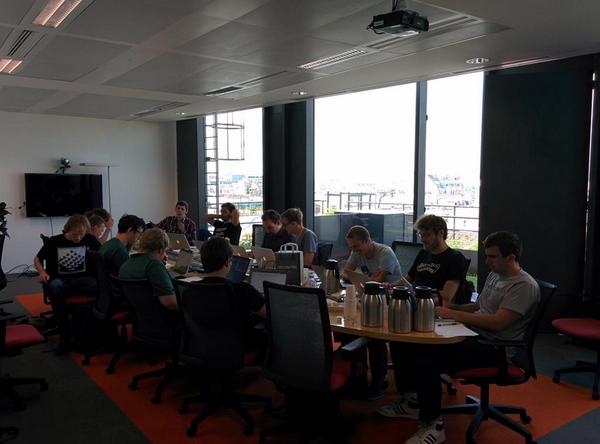 We had a mix of core contributors and newcomers, which is a great combination, as it enables us to be productive, but also to foster the new generation of core developers. Were present: 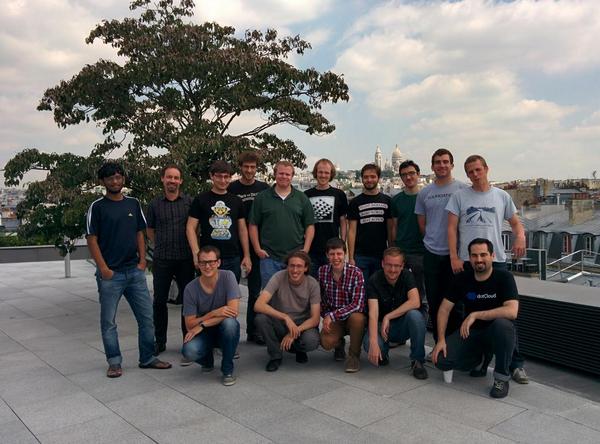 As the sprint extended through a French bank holiday and the week end, we were hosted in a variety of venues:

I must say that we were treated like kings during the whole stay; each host welcoming us as well they could. Thank you to all of our hosts!

Sponsored by the Digicosm Labex

Beyond our hosts, we need to thank the Digicosme Labex. Digicosm gave us funding that covered some of the lunches, accomodations, and travel expenses to bring in our contributors from abroad.

Achievements during the sprint

The first day of the sprint was dedicated to polishing the 0.15 release, which was finally released on the morning of the second day, after 10 months of development.

A large part of the efforts of the sprint were dedicated to improving the coding base, rather than directly adding new features. Some files were reorganized. The input validation code was cleaned up (opening the way for better support of pandas structures in scikit-learn). We hunted dead code, deprecation warnings, numerical instabilities and tests randomly failing. We made the test suite faster, and refactored our common tests that scan all the model.

Some work of our GSOC student, Manoj Kumar, was merged, making some linear models faster.