About me:   machine learning researcher

Machine learning for mental health, cognition, and brain activity: learning models of brain function and its pathologies from brain imaging.

firstname.lastname@inria.fr
I get a lot of email.
Do not write to me to ask me about some software, even if I am the maintainer. Write to the relevent mailing list or open a ticket.
If you are looking for an internship, write me a concise email, telling me why you are interested in working with me, and with a CV (even if it is only for a preliminary enquiry). Also, check our group's job offer page.
Inria Saclay, 1 Rue Honoré d'Estienne d'Orves, 91120 Palaiseau, France
Google scholar   @GaelVaroquaux   GitHub   Slides   LinkedIn   Photography

IEEE style
Gaël Varoquaux is a tenured research director at Inria. His research focuses on statistical-learning tools for data science and scientific inference. Since 2008, he has been exploring data-intensive approaches to understand brain function and mental health. More generally, he develops tools to make machine learning easier, with statistical models suited for real-life, uncurated data, and software for data science. He co-funded scikit-learn, one of the reference machine-learning toolboxes, and helped build various central tools for data analysis in Python. Varoquaux has contributed key methods for learning on spatial data, matrix factorizations, and modeling covariance matrices. He has a PhD in quantum physics and is a graduate from Ecole Normale Superieure, Paris.

Hacker version
Gaël Varoquaux is an Inria faculty researcher working on data science and brain imaging. He has a joint position at Inria (French Computer Science National research) and in the Neurospin brain research institute. His research focuses on using data and machine learning for scientific inference, applying it to brain-imaging data to understand cognition, as well as developing tools that make it easier for non-specialists to use machine learning. Years before the NSA, he was hoping to make bleeding-edge data processing available across new fields, and he has been working on a mastermind plan building easy-to-use open-source software in Python. He is a core developer of scikit-learn, joblib, Mayavi and nilearn, a nominated member of the PSF, and often teaches scientific computing with Python using the scipy lecture notes. 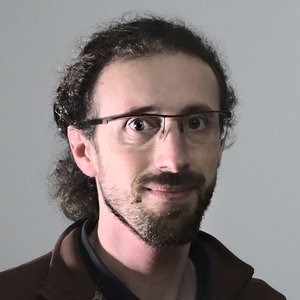